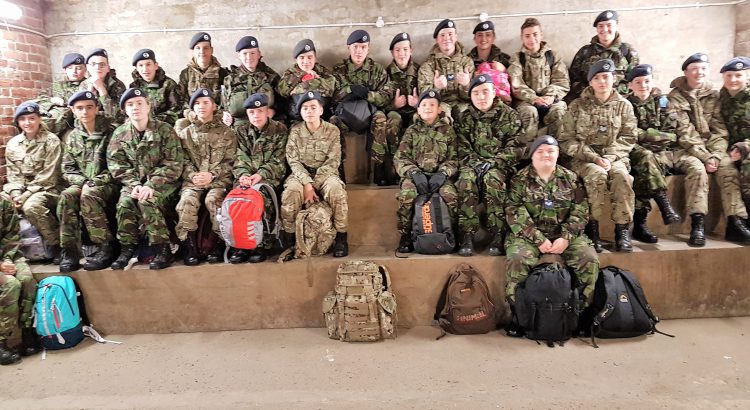 Every year, Air Cadets from around the Squadron and Wing are given the opportunity to attend a Camp on an operational RAF station, this can be anywhere in the United Kingdom or Overseas. Normally these camps take place over the school’s Easter, Summer and Autumn holidays.

The camps are for a week (normally Saturday to Saturday). Their primary aim is to show cadets what life is like on an RAF Station with the primary purpose of letting cadets see what life is like on an RAF camp. However they are also a great opportunity to meet new people as the camp is usually comprised to cadets from different Squadrons. They also provide an opportunity to experience new things, beyond what we can normally offer at the Squadron, this included flights in service aircraft, visits to the various sections on a Station and the possibility of work experience for those old enough.

What Happens on a Blue camp

Blue camps are never the same. Each one is different and offers something unique. The standard program consists of visits to the various sections on the station, flying and gliding where possible, there is normally leadership and command task excises, a Night Ex, sport as well as social events, such as bowling, go-karting etc. There may also be visits to local attractions, such as theme parks, or other RAF stations near by.You will usually be feed and housed on the station. Some camps provide cadets with individual rooms, others provide barrack rooms, others may even accommodate cadets in tents. There will be drill, uniform and room/tent inspections but these, along with all the other activities, earn points for you as an individual and for your Flight as a whole.

What Happens on a STEM camp

STEM Camps are camps that or normally organised by Headquarters Air Cadets, and are there primarily to provide training within the STEM (Science, Technology, Engineering and Maths) subjects.  These camps are normally a week long and will have cadets from all over the UK.

What Happends on a ATLC Camp

ATLC (Adventurous Training and Leadership Camp) is an Essex Wing Camp, which is housed on an Army training camp within the southern half of the UK.  On the camp you will experience a variety of activities, from Fieldcraft to Canoeing, Hill Walking to Archery.

As well as camps based in the UK, cadets regularly participate in camps at at RAF Gibraltar and RAF Akrotiri in Cyprus.These camps tend to be more relaxed than UK camps, due to the greater experience amongst the participants. They concentrate less on drill and inspections and more on the other aspects of camp, such as gaining valuable work experience with RAF personnel, visiting local sites of historic and/or military interest. Cadets also get the opportunity to explore towns in the local area of their camp, such as Limassol in Cyprus.

The Air Training Corps has annual two-week International Air Cadet Exchanges (IACE) with Air Cadet organisations of about 20 other countries, including Australia, India, Hong Kong, Germany, Canada and the United States. This is an outstanding opportunity to visit other people and countries and gain an insight to their cadet forces and culture. It is a high profile event, which often includes visiting government officials, military establishments and places of interest. Cadets are expected to act as ambassadors for both their country and cadet force.