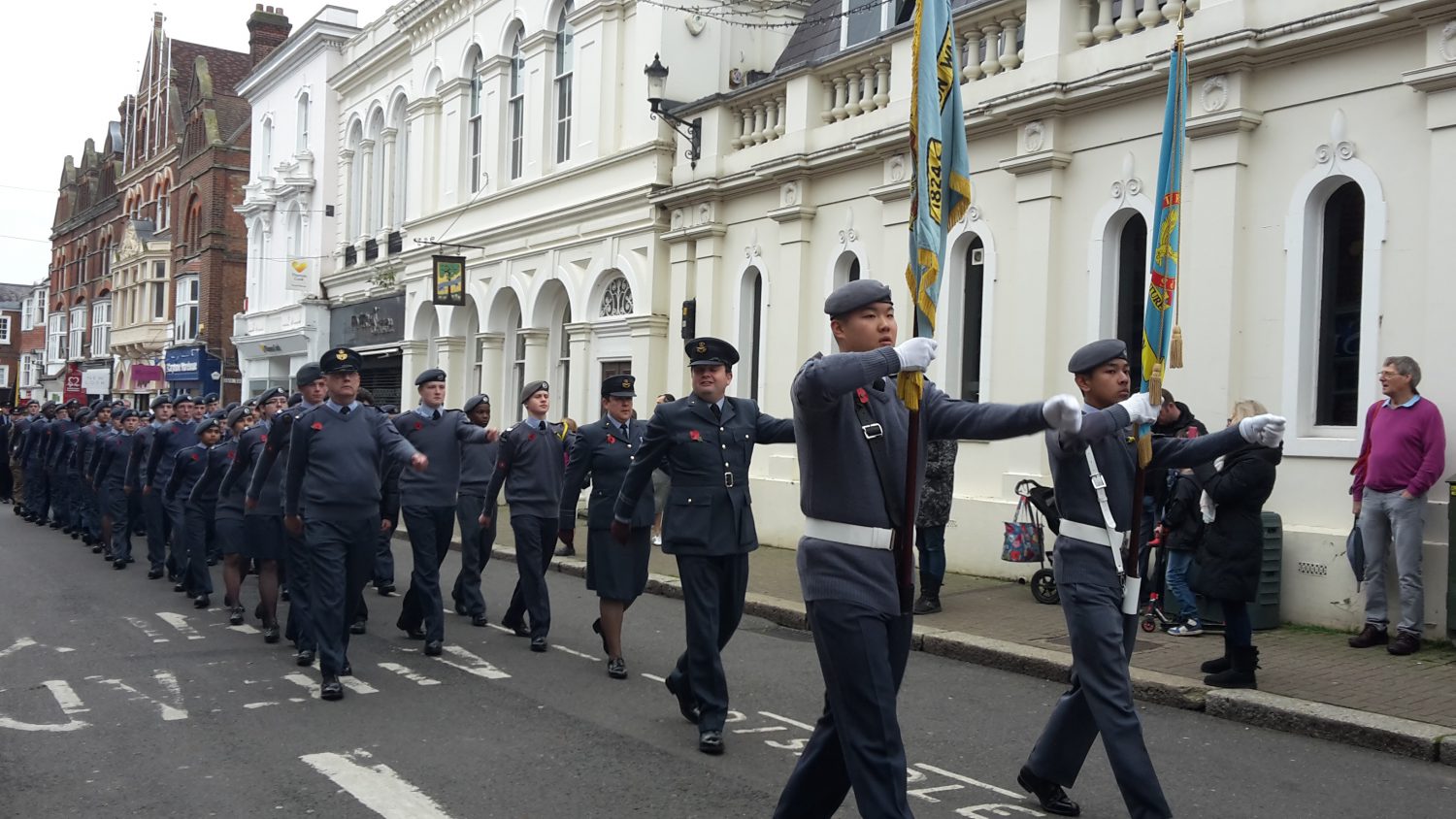 1824 (Saffron Walden) Sqn ATC was originally formed in 1941, shortly after the formation of the Air Training Corps. The originally the squadron housed int eh former Congestional Church, in London Road, Saffron Walden. The Squadron continued through the war and was disbanded in 1948 due to reduced interest in the area.

The modern history of the Squadron started the in the late 1960s, when we were a Detached Flight of 1096 (Bishop’s Stortford) Sqn ATC. The Squadron was re-formed in 1970 and as the 1824 Squadron number hadn’t been reused else where the original number was re-allocated to the squadron. The squadron has had various head quarters before the purpose built HQ was built on the outskirts of the town, these have include Carver Barracks, Station House in Station Road, and Saffron Walden County high School.

The Squadron has had a few memorable staff members:
Flt Lt John Gerrard – Flt lt Gerrard servered the Sqn as Officer Commanding from 1989 – 1992 and 1993 – 1998.
WO Ron Liversage – WO Liversage, served within the RAF during the war as Lancaster tail-gunner. After the Lancaster was retired, WO Liversage retrained and then worked his way through the chain of command, ultimately beocming WO RAF Police at RAF Debden. WO Liversage was the last Station WO fror RAF Debden.
Sqn Ldr Nicky Nisbett – Flt Lt Nicky Nisbett, now Sqn Ldr, server as the Sqn Officer commanding for nearly 12 years. Sqn Ldr Nisbett is now a Senior Wing Staff officer in Essex wing and is responsible for the Sports within the Wing.